The case involved two big players in the Mobility Service sector. The two companies had decided to merge and had identified areas for synergies. However, they could not, for antitrust reasons exchange information prior to the merger. Given the respective geographical coverage and market share of both parties, the antitrust process was anticipated to be quite lengthy. In order to accelerate the integration, and to speed-up the materialization of the synergies both CEO decided to use some external support.

The Consultant was hired to provide expertise with the merger, the new company’s launch, and more specifically to identify growth and cost synergy applicable to the newly formed company. Strategic direction and top priorities were outlined as part of working groups but it was now a key issue to move down to concrete actions. The project was especially important and expected to deliver the methodology for future growth and cost synergies, including progress-tracking and reporting. Two working teams comprised of senior executives from both companies, closely collaborated in the facilitation of the consulting clean team to ensure the successful outcome.

The Consultancy used a 2-stage Approach –

Following the executives’ decision to merge, costs and cost synergy were assessed to determine the potential benefits.

Interviews with key players from both companies were held, and the assessment performed was based on numerous documents and records – annual reports, market studies, presentations reviewed. The reached conclusions helped chart the merger and post-merger strategy. The work on the synergies was broken down into manageable work streams with two leaders, one from each company, to supervise the process.

While in the pre-clearance and pre-closing periods, each team using corporate and geographical coordinates, designed synergy targets relating to costs, headcount, and redundancy. These were broken further down into secured (concrete action plans) and identified areas where more analysis was required to determine exact numbers and measures. Those areas included :

After an intensive exercise of baselining on both sides, tracking tools were put in place to ensure a proper tracking of the synergies as they were progressively identified, confirmed and implemented.

Total synergy and performance realized across all geographical areas and the two companies additionally to each current company’s annual performance represented the equivalent of one year of operating revenues. The consulting team continued to support the integration for a few months and then transferred the reporting tools to the PMI team. Thanks to all the preparatory work, the materialization of the synergies after closing took less than a year.

In many mergers, it’s not uncommon that synergies do not materialize as expected leaving the companies’ executives puzzled. This fact alone can be very disappointing to executives and staff alike. Let’s take a closer look at the possibilities of optimizing synergies. One of the underlying reasons for the sub par outcomes, is related to huge overestimation of the synergies due to lack of solid due diligence, board estimates, and a lack of clear understanding of the expectations of the merger.

However it is highly recommended to look at some mergers that over delivered, and see what practices produced these results.

We should also mention that synergies strongly depend on the company’s size and type of industry. A good example for lower synergies is the retail sector, while telecommunications companies often realize bigger synergies.

Here are 6 Practices to Apply for the Best Synergies:

– The World is Bumpy
– To Get Value from a Merger, Grow Sales
– Cost Synergies
– M&A: Identifying and Realizing Synergies
– Negative Synergies in M&A 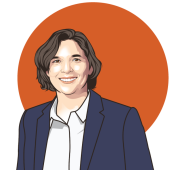 Consulting Playbook: Organize for Growth – a Winning Strategy for Survival

Consulting Playbook: The Importance of Trust and Trustworthiness for a Successful Merger